The following updates are for Raid Shadow Legends Current Version: 4.50: 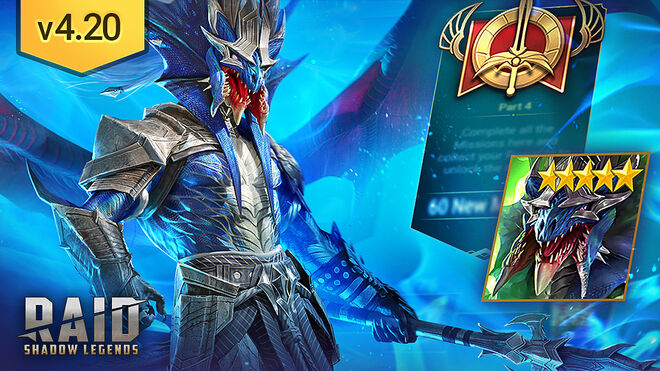 This update includes a big batch of new content to play through, along with some changes to existing features and some Champion balance changes. Here’s everything you need to know:

Split across 3 new Parts, these 183 Missions will test your Champions across many areas of the game - including the Clan Boss, the Doom Tower, Tag Arena, and the Campaign - as well as giving you even more reason to craft Artifacts at the Forge. If you manage to complete every Mission, you’ll also get an exclusive Legendary Void Champion that can’t be acquired any other way - Ramantu Drakesblood.

Ramantu Drakesblood also brings an all-new debuff - [Block Passive Skills] - that prevents Passive skills from working, which is sure to throw a wrench in the works of many common Raid teams.

Aura - Increases Ally Accuracy in all Battles by 60

[Block Passive Skills] debuff was also added to the list of debuffs in the following Boss Passive Skills - meaning many Bosses will already be immune to this debuff:

Almighty Immunity - for most Bosses. Invincible Scales - for the Magma Dragon.

We’ve added 5 tough new Stages to every Artifact Dungeon and Potion Keep except the Minotaur's Labyrinth. The Bosses on these Stages have been given additional Passive Skills: Almighty Strength and Almighty Persistence. These higher Stages will provide a tough challenge to overcome for those of you that have already conquered the Dungeons, but the rewards will be well worth it. We're excited to see all the new strategies that will be discovered along the way.

Void Champions rebalance We’ve also made changes to some of the Void Champions. Here’s everything you need to know:

- Skill changed: now attacks all enemies instead of one and places a [Provoke] debuff on them for 1 turn; also now places a [Shield] buff on Visix equal to 20% MAX HP (was a 50% [Ally Protection] buff on all allies for 2 turns).

- Effect added: now also has a 70% chance of placing a 50% [Decrease ACC] debuff for 2 turns; in addition, the debuffs placed by this skill cannot be resisted.

- Cooldown decreased from 6 to 5 turns.

- Damage and chance increases from Skill upgrades changed from 5% to 10%.

- Effect added: now, if an enemy is under a [Heal Reduction] debuff, also has a 75% chance of placing a 60% [Decrease DEF] debuff on them for 2 turns.

- Aura changed: now increases Ally DEF in Faction Wars by 33% (was in the Arena).

- Effect added to the ascended version: now also fills the Turn Meters of all allies by 15%.

- Cooldown decreased from 7 to 6 turns.

- Cooldown decreased from 5 to 4 turns.

Old version: Attacks 1 enemy. Attacks all enemies with a second hit if this attack is critical. This hit deals 80% of the damage inflicted from the first hit. This attack will always be a normal hit.

- Cooldown decreased from 5 to 4 turns.

- Duration of effect changed: now places a [Shield] buff on all allies for 3 turns instead of 2. - Ascended version changed: now also grants an Extra Turn.

- Effect changed: the [Increase ATK] buff is now placed for 2 turns instead of 1. Now also places a 30% [Increase C. RATE] buff on Whisper for 2 turns before attacking if the target has higher MAX HP than this Champion.

- Cooldown decreased from 6 to 5 turns.

For a whole month - from May 6 to June 7 - we're halving the amount of Silver it takes to remove or swap Artifacts and Accessories. It's a great time to fine-tune your teams and test out some new gear combos. 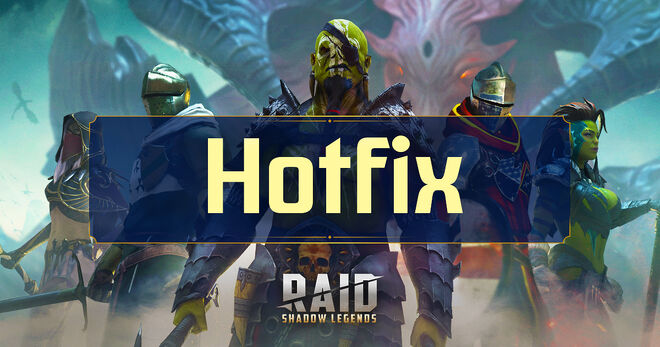 Here is what you need to know about this update:

We made several changes to the current Doom Tower rewards on Normal, namely for Floors 100 and 120. From now on, the reward for achieving Stage 120, Normal will include 1 Void Shard instead of Silver Keys. Accordingly, the reward for Stage 100 changes, too: you’ll be getting 2 Ancient Shards and Boss Reward Materials.

Overall, the value of rewards in the Doom Tower 2 is pretty much the same (in some places better, actually) as in Doom Tower 1 - we have just rearranged the list of them a little bit.

That’s it, guys! Thank you for your attention, and have a wonderful day! 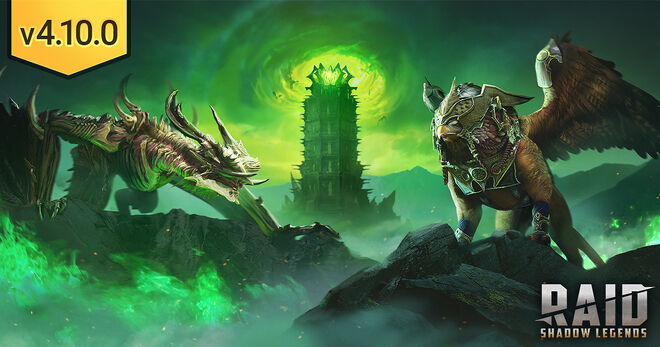 This update brings our second Doom Tower Rotation, a bunch of Clan Improvements, and many other bug fixes and changes.

The Doom Tower Rankings - along with Best Teams - will now be based on the number of Turns it takes you to complete a Floor and climb the Tower. It’s a simple change, but it’s going to make a big difference to your team-building strategy for the Tower, and provide an easy way to compare your efficiency on any Floor against your friends.

Each Boss brings a unique challenge, and will require special strategies to beat.

Grythion the Celestial Griffin revolves around controlling buffs and debuffs, and nullifying any Turn Meter manipulation with his [Fair Wind] Passive skill. He will also get a stack of his own unique buff every turn he gets - [Sky Bond]. This increases the Griffin’s ATK, C. RATE, C. DMG, and SPD. The Griffin will also ignore Shield, Block Damage, and Unkillable buffs once he has 10 or more [Sky Bond] stacks.

Iragoth the Eternal Dragon will fight alongside her minions - the Eternal Guards and an Eternal Priest. This Boss is focused on denying your team the ability to use their Active skills, and punishing them whenever the skills are either on cooldown or otherwise unavailable. The Eternal Dragon also has her own special buff - [Eternal Rage] - that boosts her SPD and causes her to ignore Unkillable, Block Damage, and Shield buffs while also ignoring 50% of the target’s DEF when attacking. 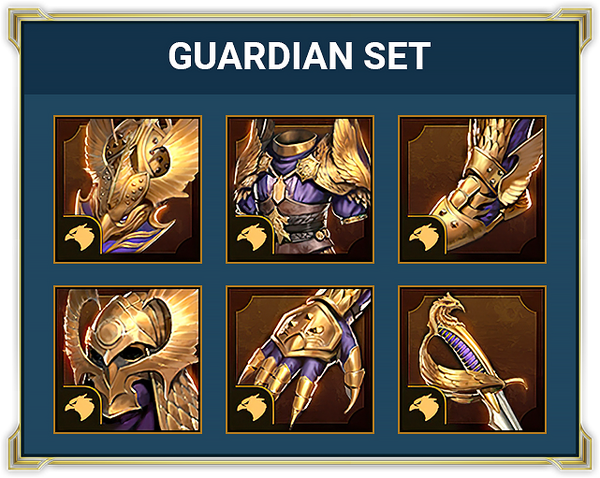 Guardian Artifact Set. This is a 4-piece set that means the wearer will absorb 10% of all damage dealt to ally Champions. It will also heal the wearer by 10% of their MAX HP every turn. Guardian Artifacts will not affect damage inflicted by [Poison] or [HP Burn] effects or any ally skills that cause damage to the user themselves. 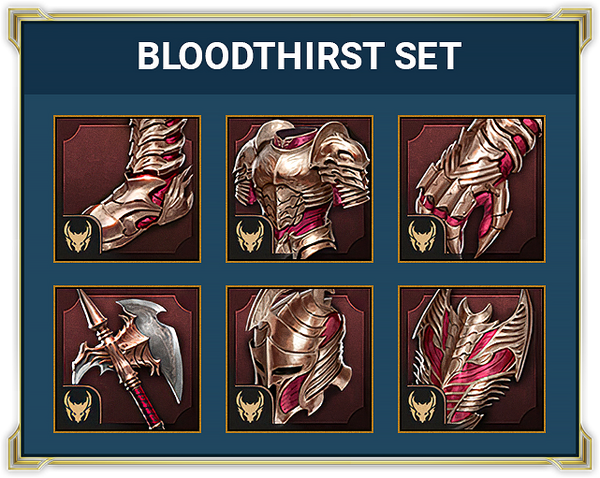 Bloodthirst Artifact Set. This is a 4-piece set that increases the wearer’s C. RATE by 12%, and also heals them by 30% of the damage dealt. Bloodthirst Artifacts will not heal based on damage inflicted from [Poison] or [HP Burn] effects.

We can’t wait to see how you guys put these new Artifact Sets to use!

1. Clan Leader's last date of activity. 2. The number of Clan Activity Stars per player. 3. Whether a Clan is being Promoted.

That’s everything we’ve got for you! Let us know what you think of these changes. 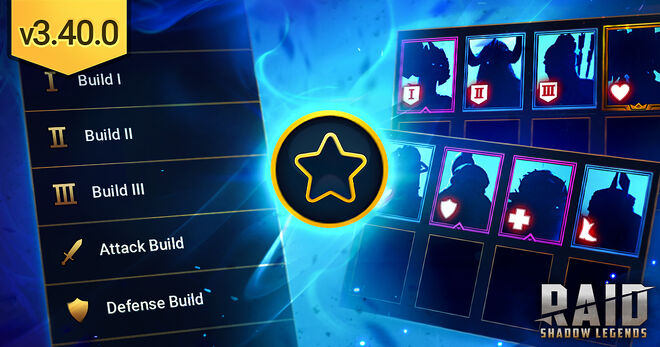 This update brings a new feature - Champion Tags - together with changes to some existing features and a few quality-of-life improvements. Here’s all you need to know about this update:

Champion Tags Champion Tags let you categorize the Champions in your Collection according to how you use them in-game.

To tag a Champion, select one in the Collection, then press the Champion Tags button (indicated by a Star). When you tap the icon, a drop-down menu will appear with a list of all the available tags. There are multiple tags available to choose from:

You can only apply one Tag to each Champion. After you Tag a Champion, it will be displayed on their avatar throughout the game: in the Champion Collection; the Champion Vault; the Tavern; and the Champion selection screen before every battle. This makes it much easier to find who you're looking for!

We also added a new Milestone Reward; now the number of Quests needed to reach the final Milestone has increased, but you’ll also get an extra Reward along the way (a Rank 4 Chicken for completing 80 Advanced Quests!).

These changes will take effect only after you claim the final Milestone Reward on your current Advanced Quests track.

Shrouded in mystery, the Shadowkin hail from the furthest reaches of the Eastern Continent, beyond the Brimstone Path. Believed to have been under the brutal heel of the Demonspawn for the last several hundred years, only recently have they cast of Siroth’s yoke and thrown their lot in with the other factions of the world. Fearsome warriors all, their years bent to evil purpose have left a darkness about them. They have much to atone for, and only time will tell if they have truly regained their honor...

Yep, a whole new faction is coming to Teleria! The mysterious Shadowkin are heavily based on Asian mythology and aesthetics, all brought in line with the overall dark fantasy style of Raid: Shadow Legends. We’re planning to expand the faction gradually, with batches of new Champions arriving throughout multiple updates. Worry not, we’re not going to unlock a Shadowkin Crypt in the Faction Wars until later, when there are enough Champions for you to make a solid team. 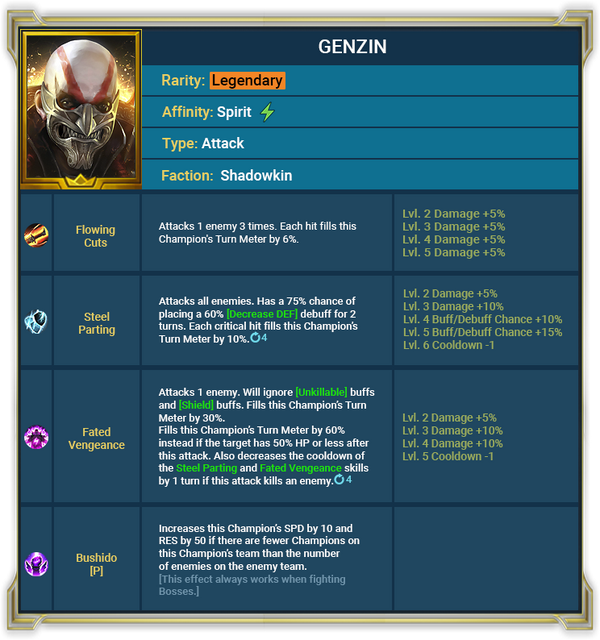 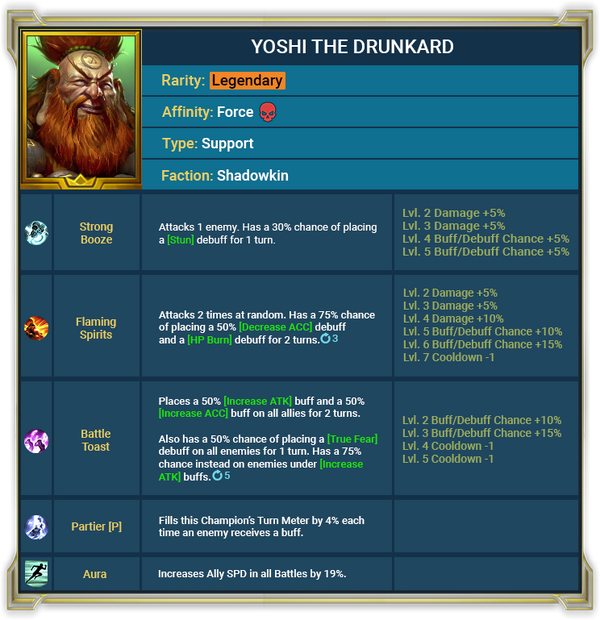 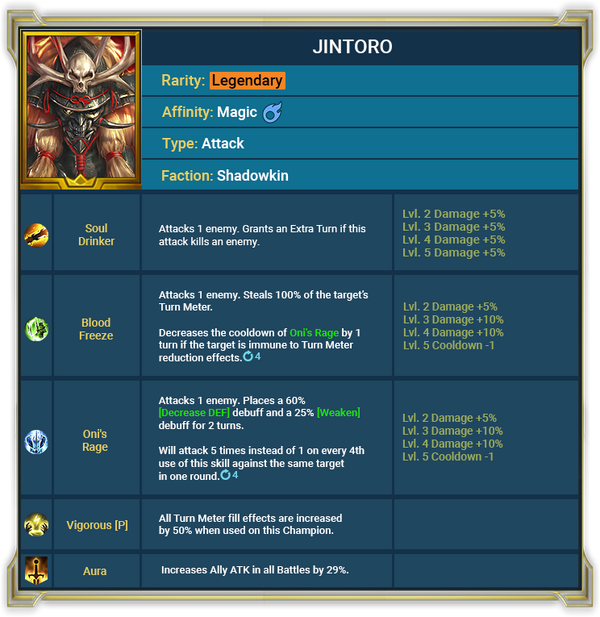 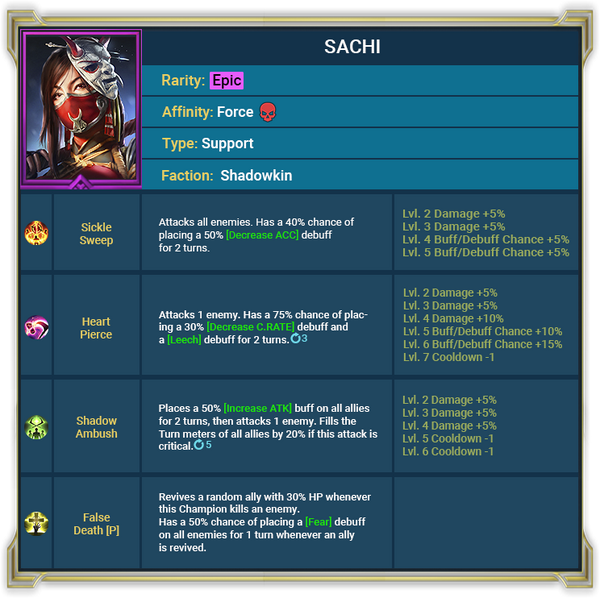 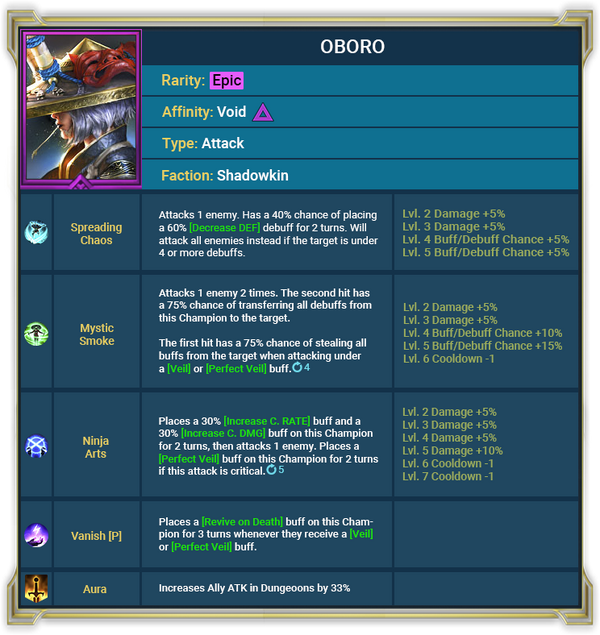 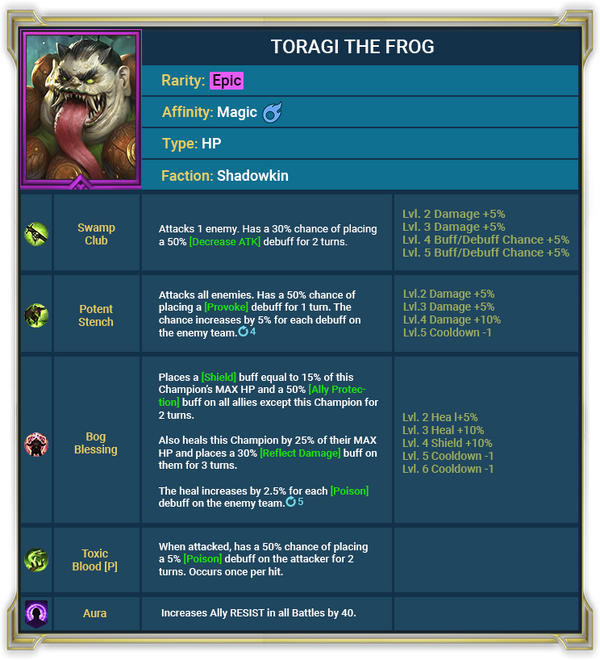 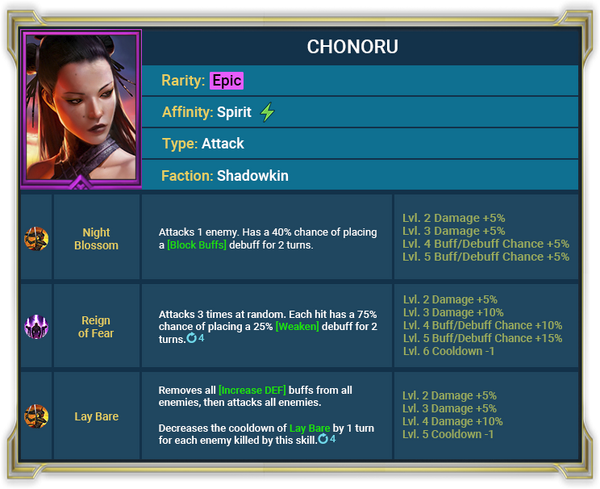 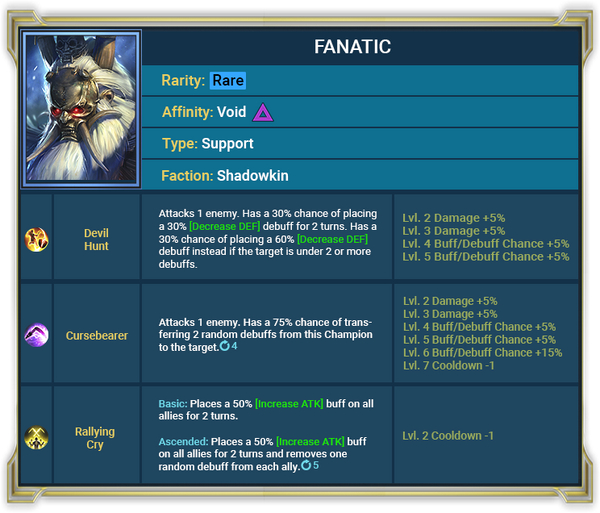 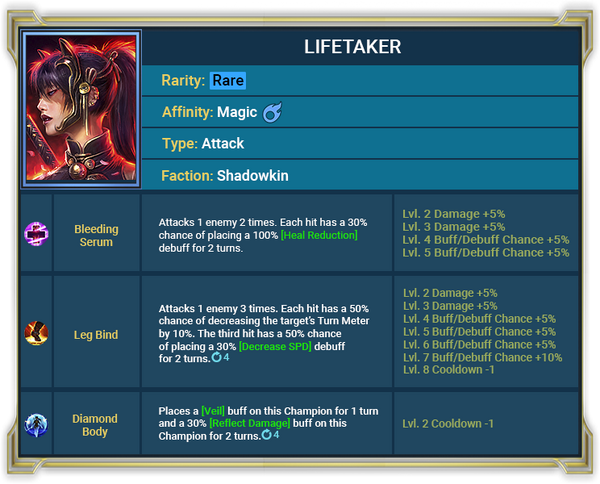 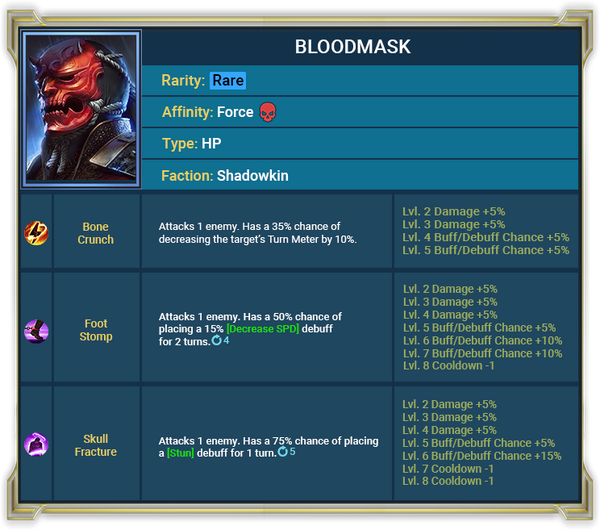 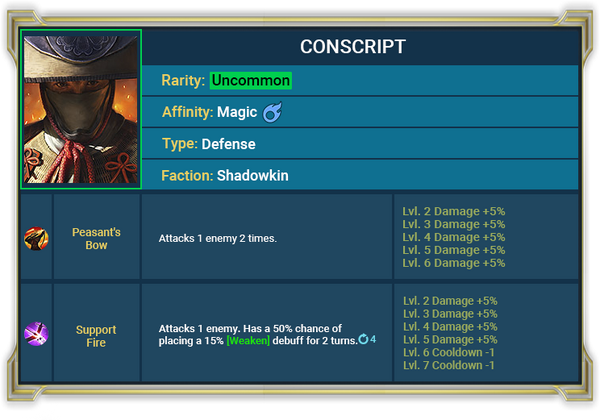 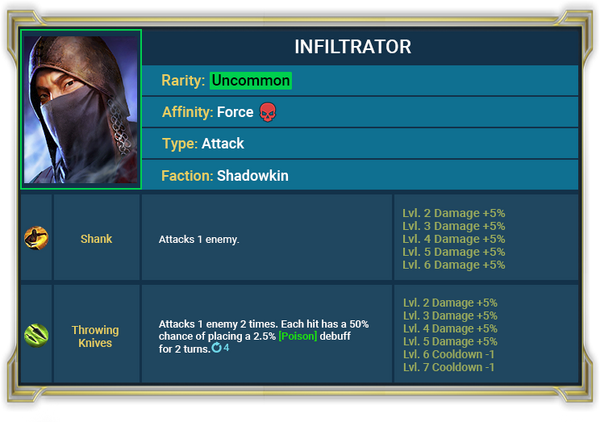 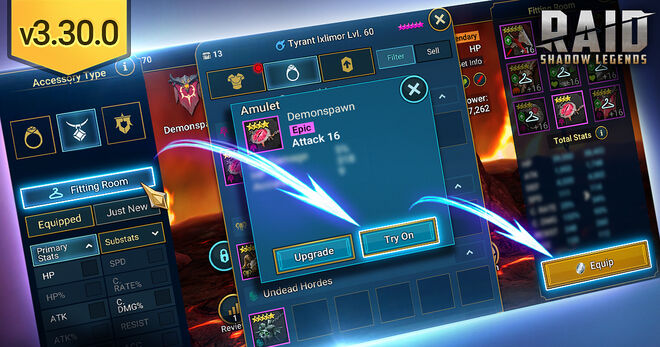 This update brings a new feature - the Fitting Room - together with changes to some existing features and a few quality-of-life improvements. Here’s all you need to know about this update:

When Fitting Room mode is activated, you’ll be able to see exactly how your Champions’ Stats will be affected by your selection by looking in the bottom-right corner of your screen. Once you’re sure you want to equip your chosen Artifacts or Accessories, just tap Equip and everything you’ve selected will be equipped in one go. As always, swapping Artifacts out if your Champion already has something equipped in that slot takes Silver - so keep an eye on the total cost before you confirm your choice.

Everything else will work the same. You’ll still have access to your Filters, so you’ll still be able to find the gear you’re looking for just as easily - but this should save you a lot of time fine-tuning your builds.

We’ve also added a minimum battle limit to be eligible for Weekly Rewards. From now on, you need to fight in at least 10 Tag Team Arena Series each week to be able to get your weekly Tag Arena Rewards after Tier Placement.

We’d also like to clarify the mechanics of Tormin’s Wintry Wind [Passive] skill: if Tormin places his Freeze debuff on a Champion while they are in the process of placing a chain of multiple buffs, any subsequent buffs after the Freeze won’t be placed as the Champion will be frozen.

We'll be adding a whole bunch of new Champions in the next couple of days too. Keep an eye out on the News to see when they go live! That’s everything we’ve got for you! Let us know what you think of these changes on our forums. 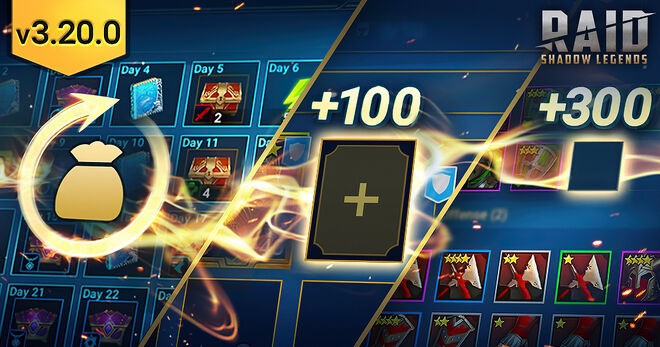 Hello, everyone!
This time, we’ve focused on making some highly requested improvements to a few existing features. Here’s all you need to know about this update:

That’s everything we’ve got for you! Let us know what you think of these changes on our forums, and keep an eye on the News for more updates soon. 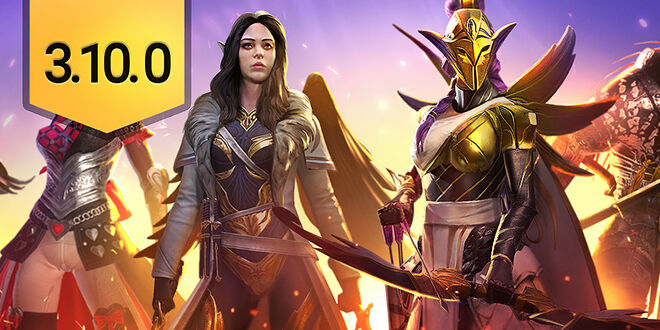 That’s everything we’ve got for you! Let us know what you think of these changes on our forums.

Community content is available under CC-BY-SA unless otherwise noted.
Advertisement